The ercol Design Studio is based here in Princes Risborough, Buckinghamshire where our Head Office and Factory are based. The design team work in a highly creative environment to bring you the very best in British design. 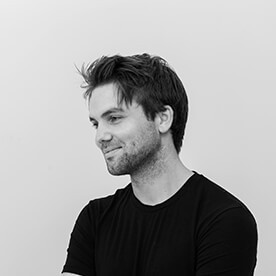 Daniel Schofield studied art and graphic design at Warwickshire College, before embarking on a carpentry apprenticeship building houses and restoring historic buildings. This combination of arts-based education and hands-on craft experience evolved into a passion for design, culminating in a degree in furniture and product design at Sheffield Hallam University.

The fusion of graphics, construction and design informs Daniel’s visual language and creative direction. He takes a reductive approach to his designs and materials distilling his designs to be clean, honest and understated, this philosophy is reflected in the designs he has created for ercol. 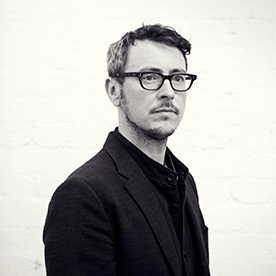 After graduating from Ravensbourne College of Design, Russell worked for Sir Terence Conran, becoming Senior Product Designer for the Conran Group, where he developed a wide range of products for Conran restaurants and shops.  Later Russell co-founded The Nest, a multi-disciplinary brand design agency, before in 2004 returning to furniture design.  Russell worked with ercol to provide a modern clean-lined chair, inspired by the heritage of the Windsor chair making tradition - the result was the Holland Park chair.

James Ryan is designer at the Edward Barnsley Workshop, one of the only remaining workshops with direct links back to the English Arts and Crafts period.

James underwent a five year apprenticeship in fine furniture making and produces one-off craft pieces to commission. When James first came to see us, he just brought in a beautifully shaped table leg.

From this grew the Artisan range which has quickly established itself as a firm favourite, displaying James’ love of using solid timber to produce beautiful and dramatic curves.